Ode to joy in the Medina

For the first time in Tunisia, a flash mob of classical music was held on Thursday, April 16, 2015 to inaugurate the German Business School - GBS. The guests and the event patron; Dr. Andreas Reinicke German Ambassador were pleasantly surprised by a nice interpretation slightly orientalized of the "Ode to Joy" from Beethoven.

The guests went to the Knowledge Palais Bayram for the opening speeches and were surprised when they were accompanied by students from Vatel and the International University of Tunis under the arch leading to the square known as the "Place du general" in the Medina. Disoriented, they find themselves at the National Heritage Institute and become impatient when their attention is drawn to a violin sound, a voice, baritone, cello, bass, percussion ...

Some took out their smartphones for remembrance, others accompanied the songs and everyone was delighted with this original adaptation of the 9th Symphony of LV Beethoven, slightly orientalized by a sound of "Nai" and Luthe "Oud".

From Beethoven to promote Tunisia

Considered one of the greatest symphonies and music of Western repertoire, the hymn of joy in his day marked a turning point in this musical style. Her performance at the launch of the GBS by a musical band remembers that Tunisia must take a new breath and fully perform its role of cultural platform, educational and economic.

Barely a month after the tragic events in the Bardo Museum, Germany continues to believe in the democratic Tunisia and maintains its programs, including the launch of this business school to support economic cooperation. The hosts have proudly brandished posters specially prepared for the event with the words:

"I am in #Tunisia signed #German Business School." 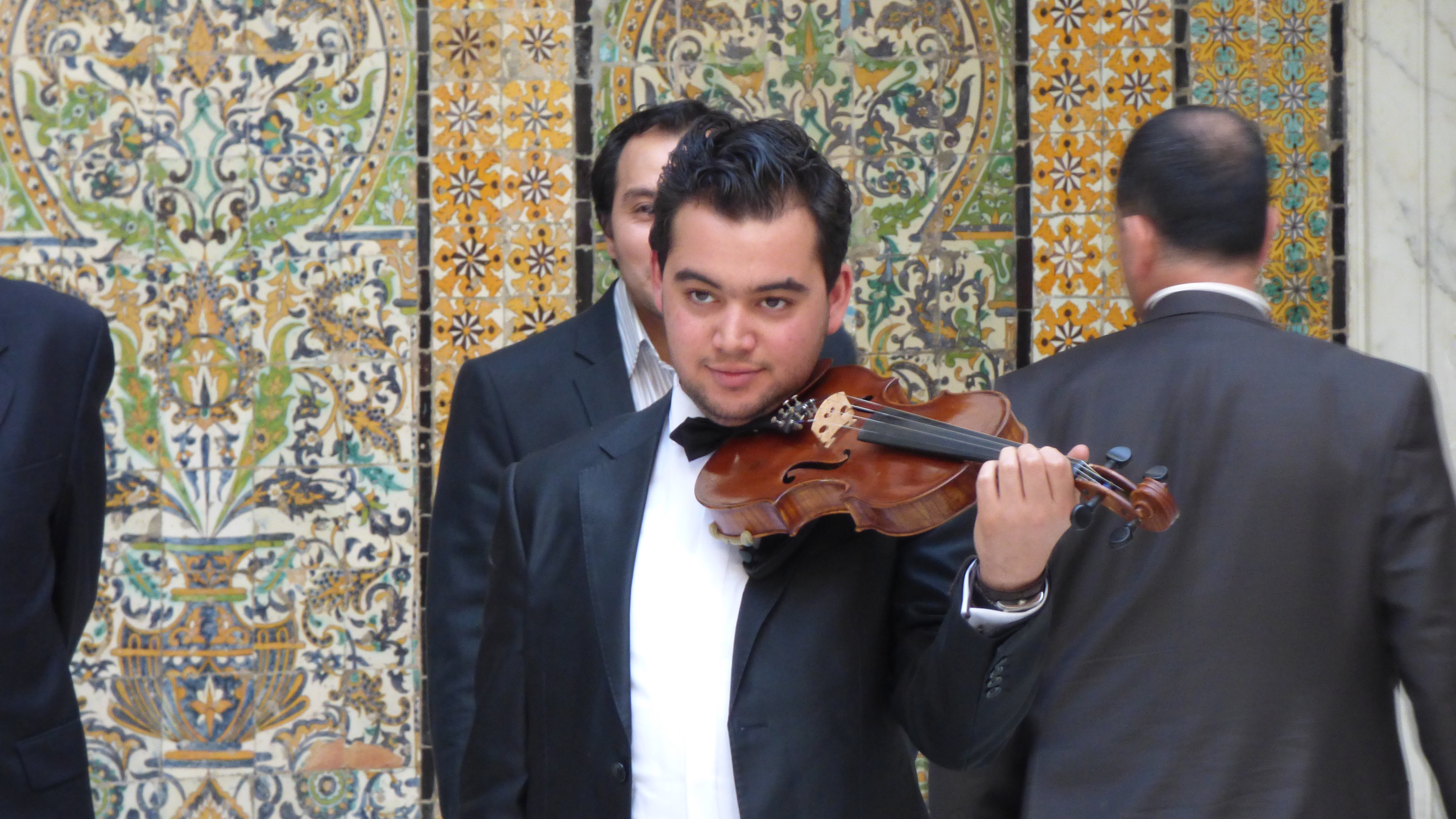